Bitcoin Sees Lower Lows as It Drops Below Historic Support Over the last couple months, we’ve been tracking a potential Distribution Trading Range at the top of bitcoin’s market cycle. Today, we have received higher confidence that bitcoin may have topped out. At around 3:00 p.m. EST, bitcoin broke through the bottom of the trading range and is now seeing aggressive selling as long positions begin to close and short positions begin to open. Today marks the first day of lower lows since bitcoin topped out around $20,000: 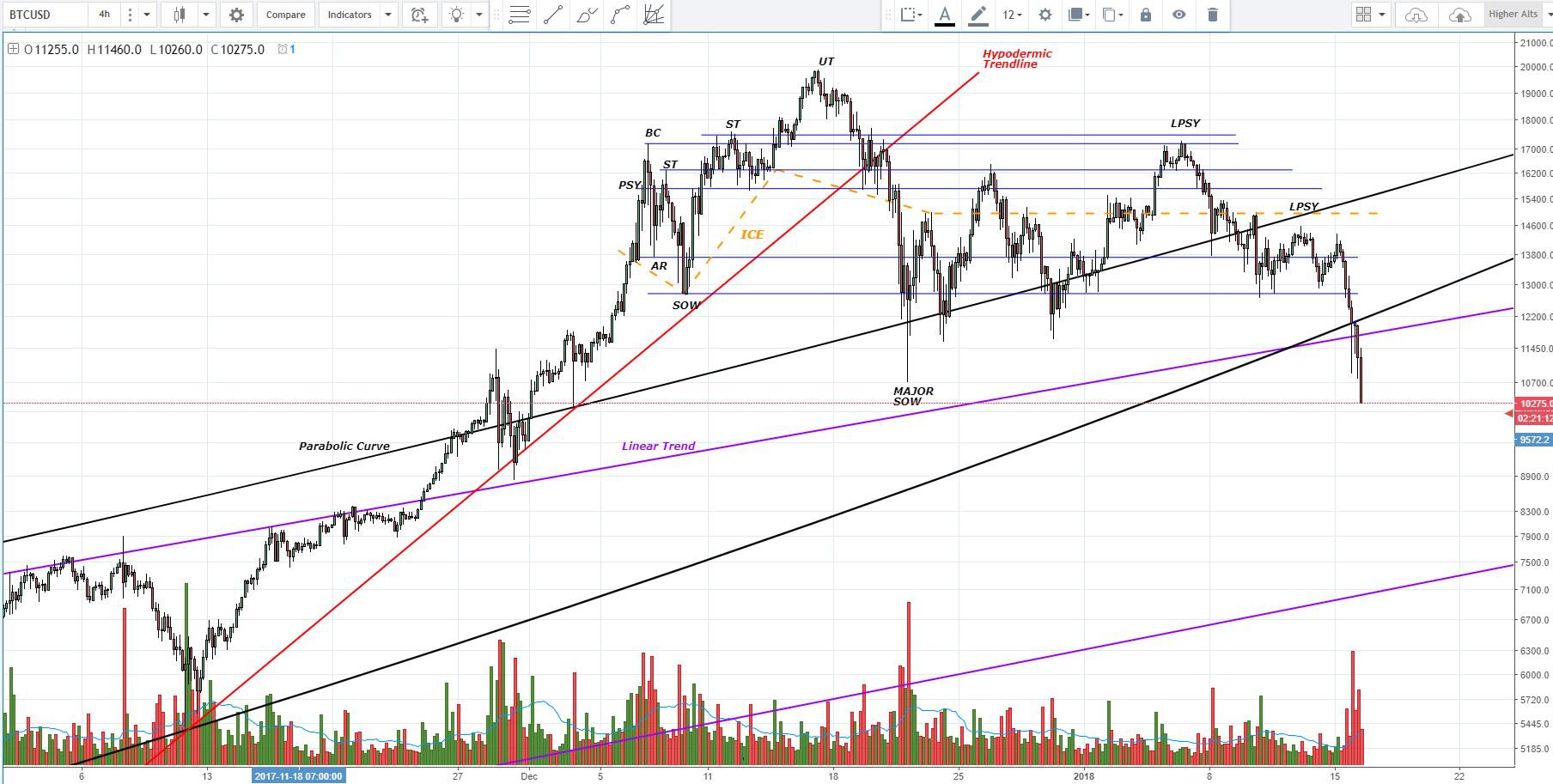 Bitcoin managed to blow through several milestones including both the parabolic and the linear trends. The linear and parabolic trends have been guiding trends for the last three years, and today bitcoin has broken parabolic support. It could get ugly: 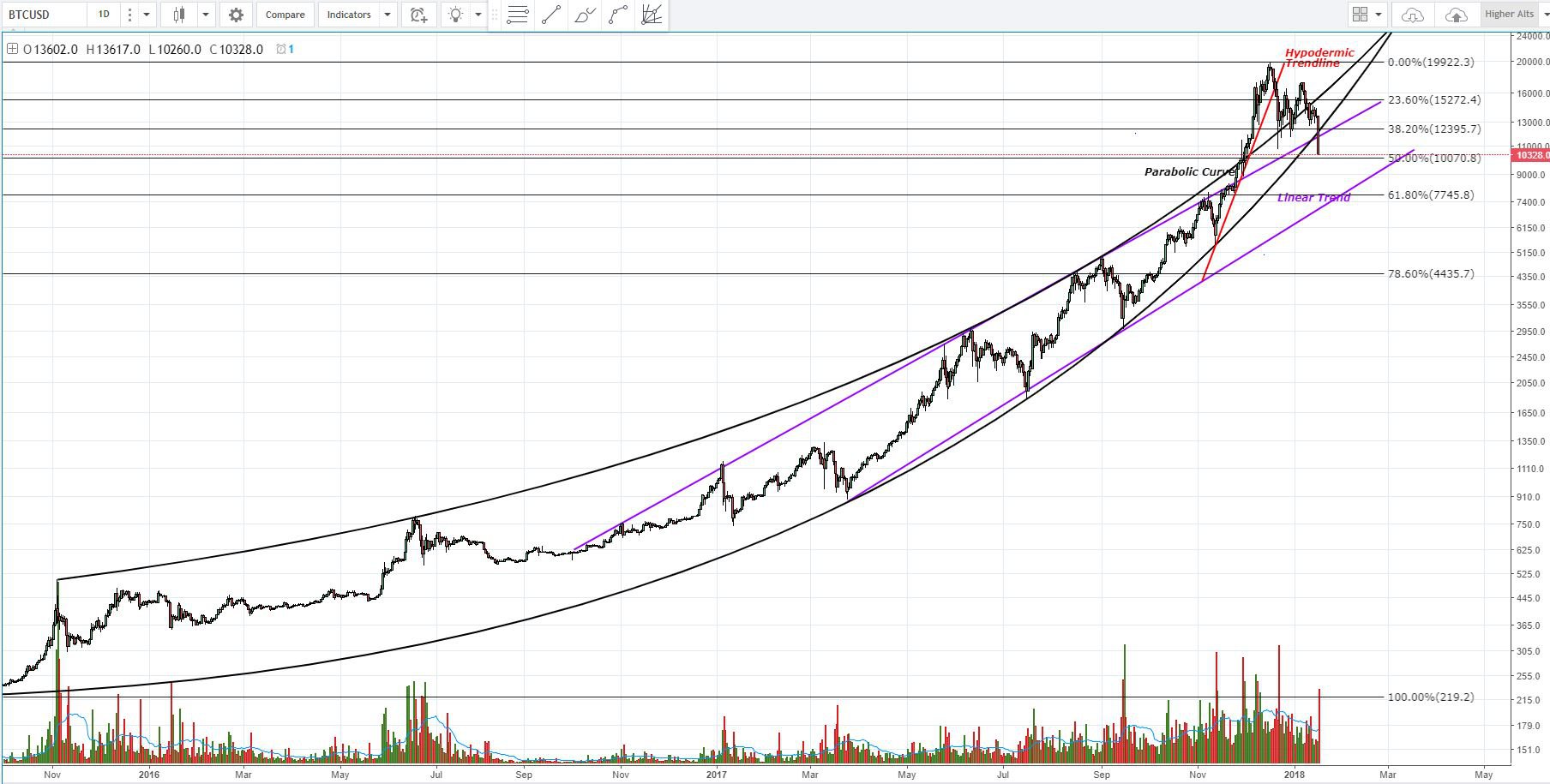 What was once strong support has now become resistance as bitcoin scrambles to find a bottom. We can see quite clearly there is a line of support around $10,000 where the macro Fibonacci retracement values for the 50% retracement line exist. Any downward continuation will likely be supported in the interim. However, it’s fair to say that bitcoin is beginning a new downward trend. As stated earlier, today marks the first day of lower highs and lower lows — i.e., a downtrend.

So where does the bottom lie? That remains to be seen. What is clear, however, is that there was a systematic distribution of bitcoin from large players to the masses; and now we are beginning the next phase of the market cycle — the markdown phase. Will it be a sustained markdown? It’s too early to tell at the moment, so we will have to play it by ear.

Bitcoin is a long-time fan of violent drops and violent bounces, so it’s unclear how this downtrend will terminate. For now, I highly recommend traders stay away from smaller time frames and focus more on the macro view of things.

As we come to test the macro 50% retracement values, it’s important to view how the market responds and see how the volume reacts. If we don’t see strong follow-through on a bounce from the 50%, there could be a strong bearish continuation in its future. Volume is your friend and confirms the trend. If you don’t see strong volume following an upward bounce, it’s entirely possible you could get stuck in a bull trap — and no one wants that.

Bull traps are designed to lure aggressive bulls into long positions prematurely to create liquidity for the bearish investors in the market. If you are unsure of what direction the market is moving, there is nothing wrong with sitting out.